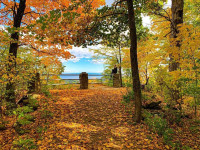 Identify the source of the information

11 Nov 2008     National Post  BY SHANNON PROUDFOOT  1 Most university students believe that if they are trying hard, a professor should consider increasing their grade.  2 One-third say that if they attend most of the classes for a course, they deserve at least a B, while almost one-quarter think poorly of professors who do not reply to e-mails the same day they are sent.  3 Those are among the revelations in a new study examining students sense of academic entitlement  the mentality that enrolling in post-secondary education is akin to shopping in a store where the customer is always right.  4 The paper describes academic entitlement as expectations of high marks for modest effort and demanding attitudes toward teachers.  5 Its a hot topic  and source of much frustration  among instructors, says author Ellen Greenberger. 6 I would have trembled with fear before I suggested to some of my revered teachers that I wanted them to give me a higher grade, chuckled Ms. Greenberger, a research professor of psychology and social behaviour at the University of California-Irvine. 7 Ms. Greenbergers study reveals students who feel academically entitled are more likely to engage in academic cheating, exploit others, shirk hard work and display narcissistic orientation. 8 She found virtually no connection between self-entitled attitudes and grades, meaning is it not just weak students trying to wheedle better marks out of their profs, and those who do so are not reaping the benefits on their transcripts.  9 It certainly suggests that these attitudes and behaviours arent producing the desired effect, she said. Its just making teachers crazy. 10 Ms. Greenberger was surprised that parenting appears to have little influence in shaping self-entitled students, with one key exception: Students who say their parents often compare their achievements to those of siblings, cousins or friends are more likely who engage in these behaviours. 11 It may be that young people who are pushed to keep up with the Joneses develop a shaky sense of self-esteem and use academic entitlement as a coping strategy to get good grades by any means necessary, she said. 12 The study, which surveyed two groups of approximately 400 undergraduates aged 18 to 25, is published in the November issue of the Journal of Youth and Adolescence. 13 Technology may encourage some of this demanding student behaviour because e-mail is quick, provides easy access to professors and opens the door to a less formal and respectful tone, she said.  14 In-person communication obliges you to look the person in the eye as youre about to say, You really ought to give me a B because I came to most of the classes.  she said. Try saying that face-to-face.  15 However, professors may well be guilty of the same impertinence in e-mails to their students, she said.  16 Gil Troy, a history professor at McGill University who has witnessed this behaviour in his own students, blames it largely on the self-esteem movement that ties evaluation of work with personal judgment.  17 If I give a student a B or a B-minus or a C  God forbid  I have to explain to them, because they havent learned it in elementary school, that Im not evaluating their personality and Im not even evaluating work they intended to do, he said. Im evaluating the work they submitted and its not personal.  18 He sees the roots of this in his own childrens elementary school, where spelling is sometimes not corrected for fear of squelching students creativity, and walls are adorned with grammatically incorrect work.  19 The consumer revolution has also convinced some students that universities and professors are service providers, Mr. Troy said. Both he and Ms. Greenberger believe anonymous student course evaluations have fuelled this and left some professors capitulating to student pressure because evaluations can be tied to tenure and advancement.  20 Its kind of like, OK, youve done your grading of my work, now Im going to grade you, Mr. Troy said. And it often grading you as a performer. *    *    * 21 The study asked approximately 400 undergraduates aged 18 to 25 whether they agreed with these statements: If I have explained to my professor that I am trying hard, I think he/she should give me some consideration with respect to my course grade -- 66.2% agree If I have completed most of the reading for a class, I deserve a B in that course-- 40.7% If I have attended most of the classes for a course, I deserve at least a grade of B-- 34.1% Teachers often give me lower grades than I deserve on paper assignments -- 31.5% Professors who won't let me take my exams at another time because of my personal plans (e. g. a vacation) are too strict -- 29.9% A professor should be willing to lend me his/her course notes if I ask for them -- 24.8% I would think poorly of a professor who didn't respond the same day to an e-mail I sent -- 23.5% Professors have no right to be annoyed with me if I tend to come late to class or tend to leave early -- 16.8% A professor should not be annoyed with me if I receive an important call during class -- 16.5% A professor should be willing to meet with me at a time that works best for me, even if inconvenient for the professor -- 11.2%

i have a task

Hi! Can you do a order for me where you do these three things,1. Fix all the citations to be in the same style, I prefer chic...

Problem :Write a C program to create a simple calendar to the user. The program should start by providing the user with the f...

After reviewing the reading assignments this week, its time to put some of your new note-taking skills to use. Briefly revie...

How are we to make sense of Anselm's clam that although he can imagine a perfect rabbit that does not exist, he cannot imagin...

organizational conflict which is a...

i need someone to write one page summary of a journal article on organizational conflict which is accessed through EBSCO HOST...

Discuss how randomness plays a significant role within the context of message digest functions with your classmates in the we...

Due date:11:45pm AEST, Friday, Week 10ASSESSMENTWeighting:40%1This is the only in-term assignment in the course. The next ass...