Can I have an Attorney? 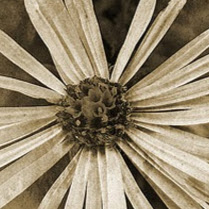 3. Describe your understanding of when the Miranda-based right to counsel attaches to a suspect.

4. Apply that to the following hypothetical factual scenario:

a. Ms. Lasma Ozols is a 47-year-old woman who lives in Louiston, Kentucky. A teacher who has always loved working with children, Lasma was injured when a pickup truck struck her car on the interstate. She suffered a broken wrist and severe whiplash.

b. As part of her recovery, Lasla received oxycodone, a powerful opioid prescribed to help her with the intense post-accident pain. Eventually Lasla made a complete recovery from her accident injuries. She had some left-over oxycodone pills and decided to keep them in case she ever felt pain again. As time passed, Lasla started taking her excess oxycodone for regular headaches, and eventually for routine stress.

c. One afternoon, as she drove home from her school, a police officer noticed that Lasla crossed out of her travel lane three times. In short, Lasla was arrested for driving under the influence of an opioid drug, for which she did not have a current prescription. If convicted, this would be Lasla’s first offense, a misdemeanor.

d. As she was being booked, the police officer read the Miranda Warnings to her. Lasla did not waive her rights, and asked for a public defender to represent her. Questioning ceased, but Lasla spent the night in jail and was denied a chance to make a telephone call.

e. At the next morning’s arraignment hearing, Lasla asked the judge for a public defender. The judge noted the request, but did not rule on it. Instead, he only wanted to know whether she wanted to plead guilty or not guilty. Based only on what she remembered from watching legal-themed movies, Lasla entered a plea of not guilty. She was released on her own recognizance, her next court date was scheduled for a month later, and her driver’s license was temporarily suspended. Lasla received no answer to her request for a public defender.

f. After she returned home, Lasla first contacted her boss, Mrs. Principal, who promptly informed her of the school’s rule (to protect the children) that she must be suspended, while awaiting the court’s decision about her criminal case.

g. Scared, confused, and now without a source of income, Lasla sat at home, alone and in despair. More stressed than she had ever been in her life, Llasla took another oxycodone pill, even though she did not want to. This continued throughout the month-long period before her next court hearing.

h. Lasla had many questions about what to expect in court, the secondary implications, and all sorts of other things. She tried calling the public defender’s office every day, always trying to convince the receptionist that she really needed to speak with an attorney. She was never scheduled to meet with a public defender because there simply are not enough public defenders to handle all of the work. (That’s why they concentrate their time on felony cases, not first offender misdemeanor cases.) The most information that she received from the receptionist was that, if she still wanted to talk with a public defender, she should be just outside the courtroom 30 minutes before the hearing. That’s when the public defender assigned to that courtroom would arrive to speak with everyone who is in similar circumstances.

5. Explain what access to justice issues are related to this sort of criminal situation. Make suggestions about how to reduce the legal burdens associated with such problems.

Psychological Issues in Children &amp; Adolescents in the Legal SettingFor the final paper, students will receive a case scen...

Drug "Commercial- Assignment (20 points) Please draft a narrative that could serve as an advertisement for the drug you have...

Your company promoted you to a management position in a new research facility in India. Surprisingly, you have adjusted to th...

I post the instruction in word doc. and Pdf book. Make sure you read the book

PBHE111 Week 3 Discussion Topic Please select ONEof the 2 discussion promptsbelow and address in your post.1. What are the pr...