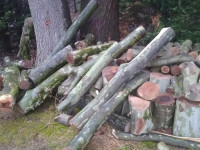 Women have been playing a larger role in the government of different states and in world politics. Whether serving as an elected official or effecting change as an individual, women around the world continue to break gender inequalities.

Research women who have played a role in world politics throughout history and in today’s world. Pick one woman you have identified as playing an effective role in politics, both changing perspectives of women in politics and in world political issues.

Provide a brief biography of their accomplishments and explain why they deserve the title of a woman of distinction in world politics.

ASSIGNMENT4Submission Date: 27th January 2023 (to be submitted by 11:59pm viaTurnitin)Title: Reflect upon the uses of critica...

I need an annotated bibliography with delivery by sunday at the latest.Research topic is The effects of opiod dependency in h...

There has been discussion about whether the Tax Cuts and Jobs Act that took effect in 2018 is increasing tax revenue. Tax rev...

Using 800-1,000 words, discuss methods to evaluate the effectiveness of your proposed solution and variables to be assessed w...

Assessment 4 - Submit 3 JournalsThe journal provides students with a legitimate reason to stop and take a breath and reflect...

You have been hired by the secretive 𝜋𝜋-society to analyze a new strategy for calculating the value of 𝜋𝜋 through the develop...